The Horse and the Sugar Cube

We get what we want from life when we least expect it. Sometimes we work hard with our heads down and blinders on and seemingly out of nowhere- life hands us a sugar cube.

I filed a claim through a government fund for people hit by uninsured drivers and I have been doing my best to pretend I understand what is happening as the process rolls on. One of the regulars at the gym, who happens to be a lawyer, suggested I actually get advice from a colleague of his.  Since my education teaches me how to remedy my physical injuries and not remedy my bank account after time off, it makes a lot of sense. I had spoken to someone after the accident who advised me to go through the fund and sent me on my gimpy way. I dislike legal terms and paperwork so I wasn’t too rushed. After delaying for months, I made an appointment to meet this new lawyer I had heard so much about.

One year after the accident and one year before the deadline to take legal action. Off I go.

When this woman walks into a room, she commands attention with a confidence and presence that arrives like a smoke machine before she enters. When she starts talking, you know she is smart. Not in a condescending or arrogant way; you just appreciate you aren’t against her in a game show or a spelling bee. She had an alarmingly realistic horse statue in her office that made it even easier to be distracted from the legal terms and fast paced questions. Maybe my lack of ability to keep up worked in my favour; I’m not too proud to get the pity vote once in a while. We spoke for over an hour about my case and all of my options and it wasn’t until she brought up payment that I nervously glanced at my watch and tried to guess how close my credit card was to its limit.

She politely asked me if she was wrong to assume I was tight for funds, but she had me all figured out so my response was some sort of slurred mumble combined with a shrug. Then she dropped the nuclear bomb that is her hourly rate. My irregular heart beat straightened itself out for a moment there and I know I am not subtle so she probably had paramedics on standby. However, in some twist of fate angels began singing and I think a spot light came on as she said she would take my case with only a cut at the end.

The fact that I was “adorable” was what won her over… I was going for professional but close enough, right.

I really dragged my feet on this, and almost ignored someone trying to show me what was in my best interest. This “sugar cube” was dangling in front of me for so long, I am lucky it was still there when I wanted it.

As I told my lawyer on my way out: I’m sure glad she is on my side.

The guy that hit me and drove away is one sweet sugar cube and my horse just started running. 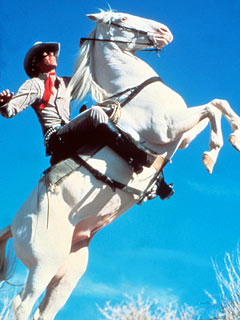